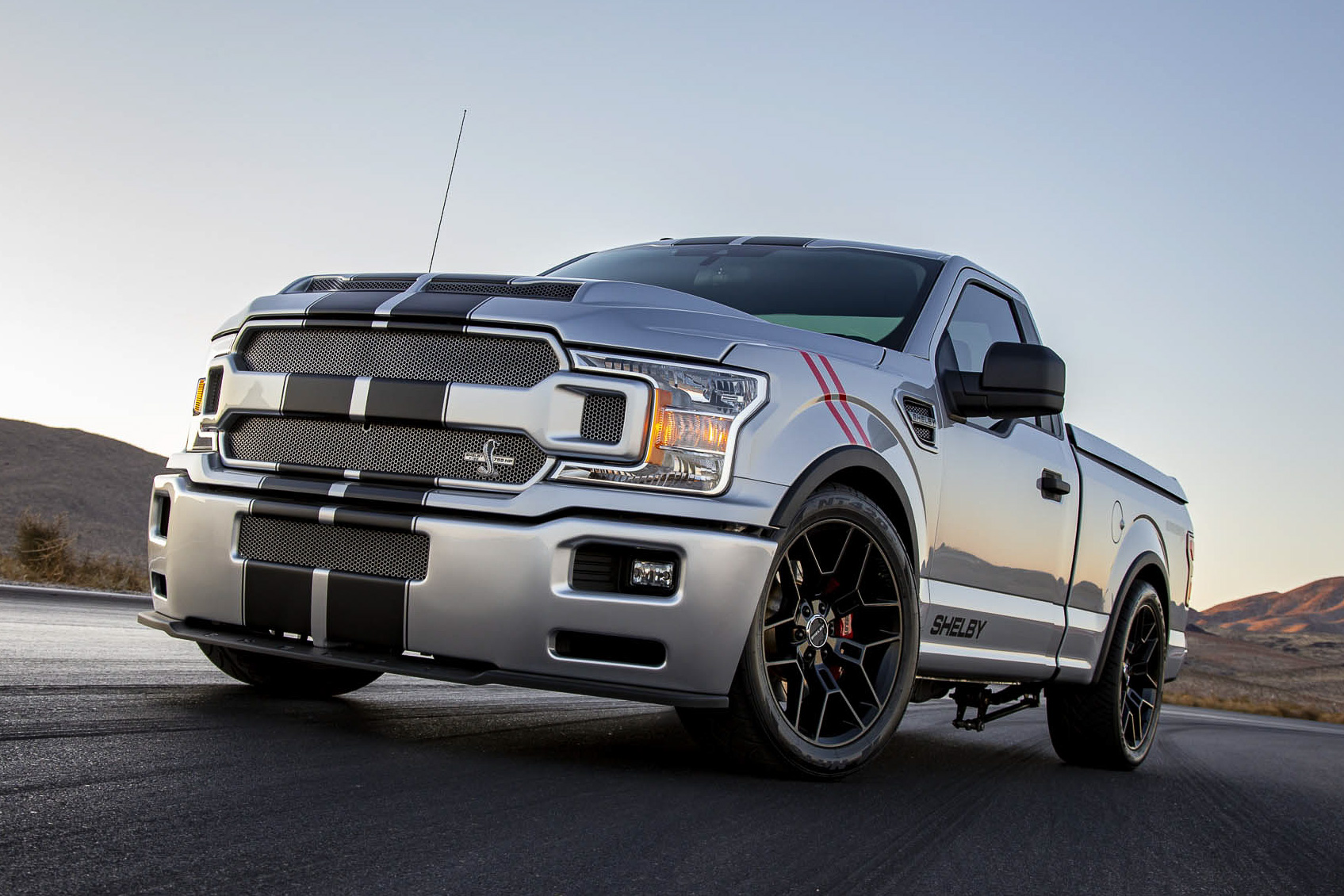 Shelby American introduced their amazing F-150 Super Snake at the 2019 SEMA. After receiving overwhelming requests to build the V8 super truck, which will come with four-wheel drive and be available in both naturally aspirated and supercharged versions. During Shelby American tests, the truck went from 0-60 mph in just 3.45 seconds and reach 100 mph in a blazing fast 8.3 seconds.

“The Shelby F-150 Super Snake Sport was initially an R&D exercise to build a street legal truck that could deliver blistering performance,” said Gary Patterson, president of Shelby American. “The reactions from enthusiasts, the media and Shelby dealers were amazing. In fact, they petitioned us very hard to put it into production.”

The Shelby F-150 Super Snake Sport features a Shelby-specific lowered suspension, up to 770 horsepower, throbbing exhaust note, custom wheels and new brake system. The exterior has a meaner and more aero look, while the interior has stylish Shelby amenities.

“While we’re most recognised for Shelby Cobras and Shelby Super Snake Mustangs, Shelby American pioneered performance trucks over thirty years ago,” said Vince LaViolette, Shelby American Vice President of Operations and Chief of R&D. “Fast forward to 2019 and our four-door trucks are showing our stripes on roads worldwide. But we were missing a hot rod two-door that could dust the competition. The 2020 Shelby F-150 Super Snake Sport is lightning fast, wicked fun to drive and has the track styling that Shelby fans crave.”

The Shelby American team collaborated with Ford Performance and other partners to create the ultimate 'super truck' concept vehicle. Input from enthusiasts encouraged Shelby American to put it into production and add some options that were not initially contemplated.

“The supercharged concept truck was based on an entry level trim Ford F-150 and had only 755 horsepower,” said Patterson. “Enthusiasts asked for a higher content base truck, more power options and four-wheel drive. That’s why the Shelby F-150 Super Snake Sport will be available either with or without a supercharger, a bit more luxury and with four-wheel drive to maximize traction. We also squeezed out more ponies. This will be the fastest truck in its class with more content than anyone else, from the braking system to the suspension, body panels and tune.”