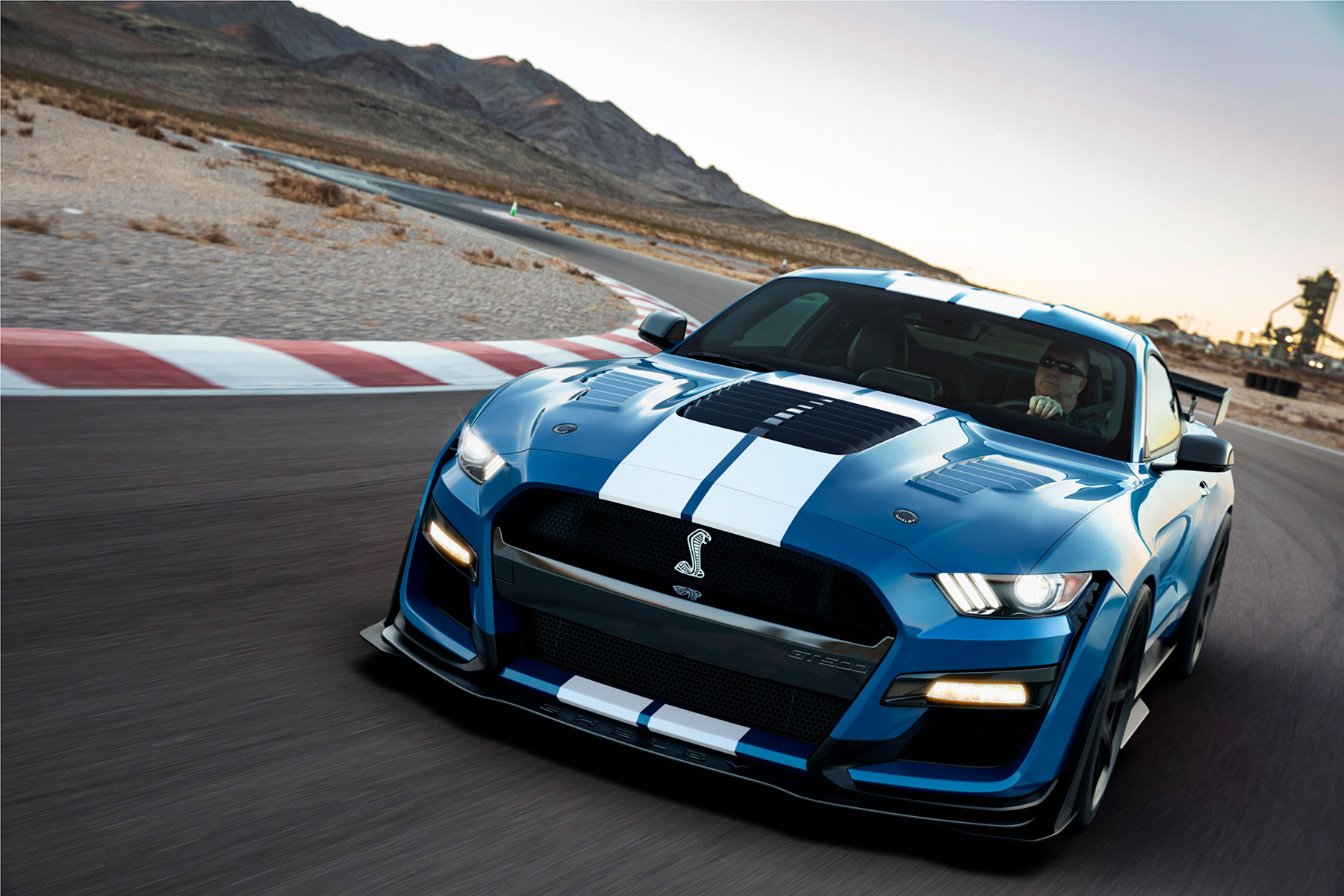 Shelby American today announced its first Carroll Shelby Signature Edition packages for the 2020 Shelby GT500 and the 2015-2020 model year Shelby GT350, including the vaunted 'R' model cars. Shelby American will enhance the styling, performance and exclusivity of the two iconic American sports cars and the Ford Shelby GT500SE will boast over 800 horsepower. Limited to only 100 per model year, each Shelby Signature Edition car will receive a Shelby CSM number and be documented in the official Shelby American Registry.

The cars will also include other ownership benefits including entry into Team Shelby, a donation to the Carroll Shelby Foundation and more. A host of options, including the popular widebody package will also be available including a 'First 15' package.

“Both the Ford Shelby GT350 and Shelby GT500 are world-class sports cars with spectacular performance,” said Gary Patterson, president of Shelby American. “Our limited-edition Carroll Shelby Signature Edition packages are designed to build on their amazing capabilities to deliver an even more aggressive, refined and exclusive version of the two spectacular cars. They’re exceptionally handsome and deliver dazzling performance mile after mile, lap after lap. Plus, the Shelby GT500SE will be eligible for further upgrades by Shelby American in the future.”

“We integrated a new pulley and coolers so the 5.2-litre V8 churns out over 800 horsepower,” said Vince LaViolette, Shelby American Vice President of Operations and Chief of R&D. “We lowered the car with more track-focused springs that match a new aggressive suspension tune. Then we cut 30 pounds off the top of the Shelby GT500SE with the ultra-light dry carbon fiber hood, which is also much stronger and lighter. An optional wide body modification is even available for the serious driver.” 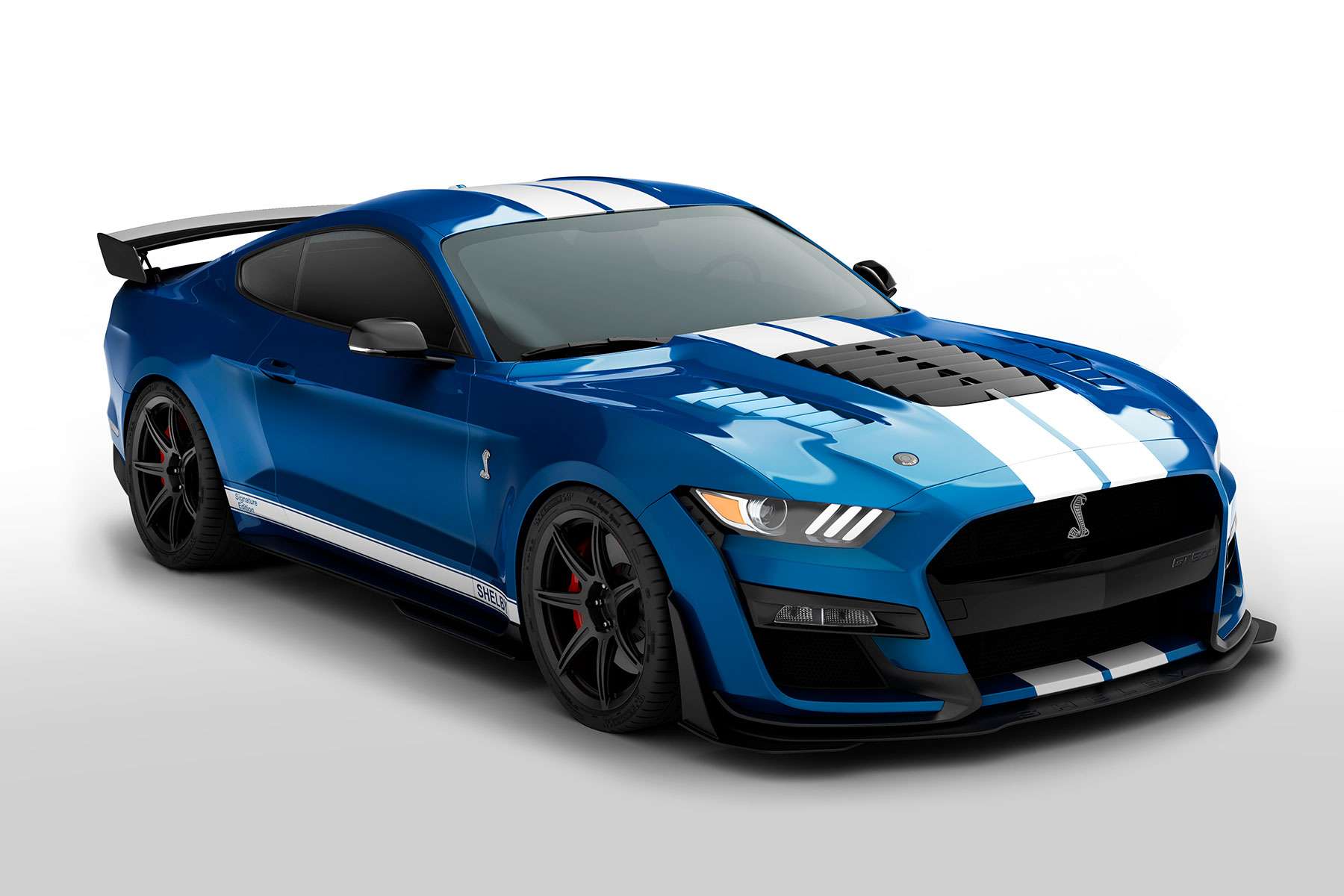 While the Shelby GT350 and its 'R' model stablemate have been available since 2015, this is the first program for the car by Shelby American.

“The 1965 Shelby GT350 was the first Mustang-based car that Shelby American and Ford Motor Company created together,” said Patterson. “To celebrate 55 years of collaboration, we created the Shelby GT350SE with a more aggressive handling package, sporty interior, stripes, special wheels, performance tires, and several functional styling elements. The 2020 model cars will wear a unique anniversary badge while 2015-2019 cars will have a standard one. The Shelby GT350SE package is affordable, distinctive and includes the coveted Shelby serial number.”

The sale of each Signature Edition car benefits the Carroll Shelby Foundation, which was established by Carroll Shelby. The Foundation provides medical assistance for those in need, including children, educational opportunities for young people through automotive and other training programs and benefitting the Shelby Automotive Museum.

“As one of the ‘First 15,’ an owner will receive an invitation to a special party for the group in Las Vegas, autographed photo of their car at Shelby, one of the first 15 Shelby serial numbers, official Shelby gear, one night’s stay at the D Las Vegas Casino and Hotel to visit Shelby American and other great benefits,” said Patterson. “It will be a very exclusive group.”

The Carroll Shelby Signature Edition post-title packages are available through Shelby American and will be built at the Las Vegas facility. A limited number will be built by select Shelby mod shops and distributors internationally. Individuals interested in these or any other Shelby vehicle can visit Shelby.com.

The packages will be avilable exclusively in Australia through Mustang Motorsport, Australia's only SHELBY Authorized Mod Shop.

Founded By Craig Dean Mustang Motorsport have been Australia's leader in the import, conversion and upgrade of late model Mustangs for over two decades. With the release of the all new Mustang in 2015, we commenced our upgrade and enhancement services for the new model. These include being a the only Australian SHELBY Authorised Mod Shop. Mustang Motorsport can upgrade your Mustang to become a full SHELBY Special edition models under licence with the team at Shelby American. These include iconic models such as the SHELBY GT and Super Snake and more!